AS SEEN ON TV'S SYDNEY WEEKENDER!

Check out these amazing stories about our charters on Channel Seven’s popular TV travel program.

And Other TV Programs 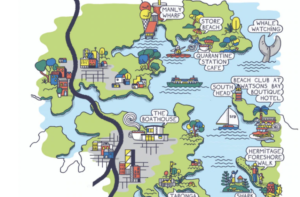 SHBT was recognized among the best tour operators in Australia, based on outstanding 2019 traveler reviews, placing us in the top 10% of tourism businesses around the globe. 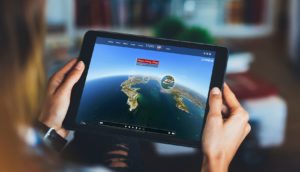 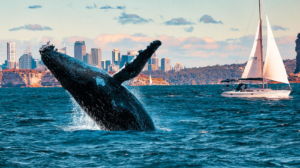 With over 40,000 humpback whales passing Sydney for 6 months of the year, SHBT has been approved to operate premium whale watching safaris aboard its high-speed sports cruiser Spectre, from June. Safaris are limited to 8 people and can include additional lunch options inside the harbour. 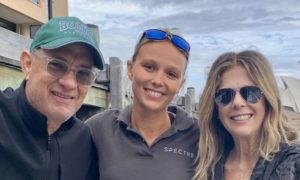 After hosting Tom Hanks & Rita Wilson on a private tour, Sydney Harbour Boat Tours was one of Sydney’s first tourism operators caught in the Covid-19 pandemic, which swept the world in March. Our story was featured in the business section of Australia’s leading news publication, the Sydney Morning Herald. 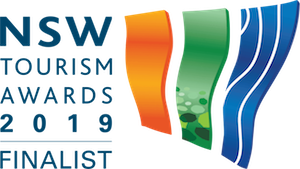 Sydney Harbour Boat Tours is a finalist for the ‘Best Tour Operator’ award at the annual NSW Tourism Awards to be held at the Four Seasons on November 14th.

“The NSW Tourism Awards are the most prestigious awards in the tourism industry, with a long history of recognising business excellence, innovation and outstanding customer service” NSW Business Chamber CEO, Stephen Cartwright said. 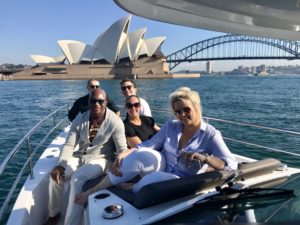 With daylight saving and Sydney’s warm Spring weather, SHBT has showcased its products to a range of trade partners in recent months including DNSW and TA staff plus visiting travel agents from the UK, USA, China, Italy, Spain and Switzerland.

The company also hosted famils for several US social media influencers and a number of Sydney-based ITOs. 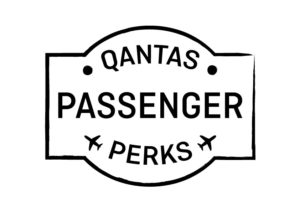 They form part of its global Qantas Passenger Perks program, which recommends ‘unreal’ experiences across Australia and offers special deals for its international passengers.

The campaign will run till June 2020 and be promoted by Qantas via its digital and Frequent Flyer channels. 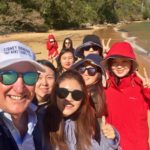 Sydney Harbour Boat Tours attended DNSW’s ‘Focus on Greater China’ in September to present its new products to over 50 travel buyers from China, HK and Taiwan.

“The China market is gradually shifting toward smaller groups and independent travel, so our private beach experiences and sunset cruises have been of great interest to the top end of this market” said Dalgleish. 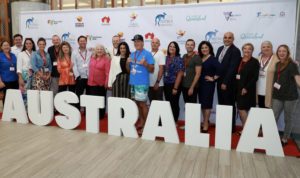 SHBT HITS US AGENTS IN LA

“The response has been fantastic from some of the biggest buyers in the US, particularly for our new mid-market scheduled lunch tour with 3 beach stops, and the luxury private charter experiences to the national parks” said Dalgleish. 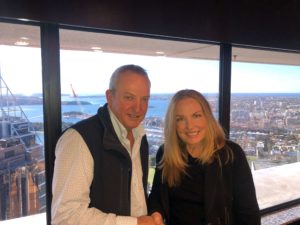 Helen’s ‘Story of Sydney’ half-day city & suburbs tour kicks off in the morning and drops guests at Campbells Cove in the Rocks, where they join SHBT’s ‘Secret Sydney Lunch Cruise(opens in a new tab)’, for a waterside pub lunch and afternoon of exploring Sydney from the water. 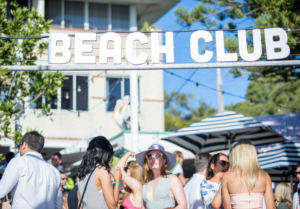 SHBT has added 2 new tours to its award-winning portfolio for the coming season.  The company is launching a new 4 hour afternoon tour with lunch at the Watsons Bay Beach Club, plus guided stops to Quarantine Station and Sydney Harbour National Park beach for $285pp. It will also be operating a 2.5 hour morning tea cruise with 2 stops for $139pp.

All tours will now depart from Campbells Cove Pontoon near the Cruise Ship terminal. 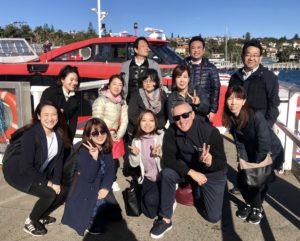 SHBT met with over 30 Japanese travel agents at DNSW’s ‘Focus on Japan’ conference at the Maritime Museum in May, then took them to popular local drinking hole and waterside pub, the Watsons Bay Beach Club for lunch and a walk to the Gap. 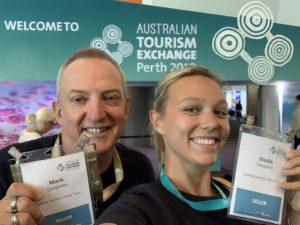 “It’s a tough gig, speed-dating so many customers in ten-minute sessions, but it’s Tourism Australia’s premier trade event of the year and a must for serious tourism operators, plus it’s fun to be working with my dad and learning the ropes,” said Elodie. 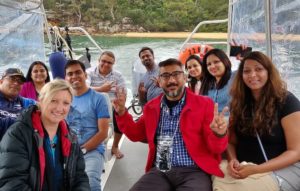 SHBT is tapping into the growing Indian travel market by joining forces with DNSW to present to and host over 30 Indian travel agents while visiting Sydney for the DNSW ‘Focus on India’ conference at Centennial Park.

“The Indian market is experiencing the biggest growth of any of the Eastern markets this year and we need to prepare for the burgeoning growth in middle-class Indian travellers to our shores in coming years”. said owner Mark Dalgleish. 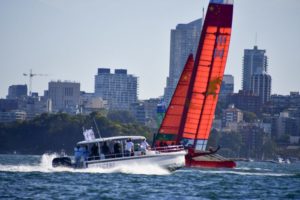 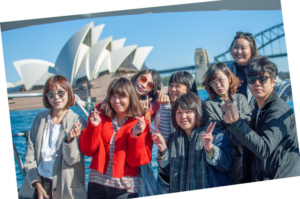 According to co-founder, Elodie Dalgleish, “Our Chinese guests are looking for new experiences on the water and have a deep fascination of where Sydney’s ‘rich & famous’ live and play”. Cheryl Zhong, Director of Equity Travel, commented: “We are thrilled to see today’s Chinese travellers enjoy cruising Sydney Harbour from such an intimate angle brought out by Sydney Harbour Boat Tours.” 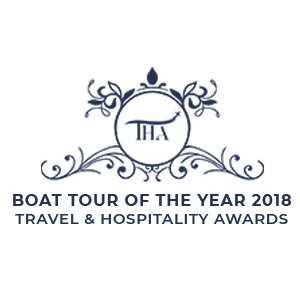 Judges for the prestigious award examined online reviews & feedback, local and industry knowledge, marketing & diversity. “Once again we’re delighted to be recognised by our peers in the global travel and hospitality industry,” said owner Mark Dalgleish.

To find out more about our boats, our tours or to ask any questions, please either fill out the form or contact us via the options below